Dear antiaging fans, here is something for you to consider the next time you pound your Nikes on the pavement. A Copenhagen Health Study followed 5,000 Danes for approximately twelve years (1). Their results showed that Danish high-mileage runners died much more readily than did couch potato Danes! On the other hand, moderate joggers did better than couch potatoes. High-mileage runners were defined as those who ran faster than seven mph for more than 2.5 hours a week. 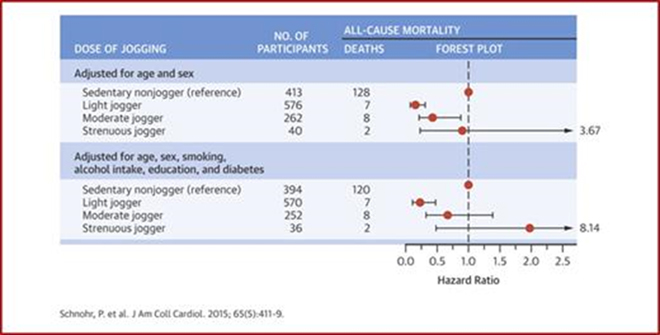 Figure 1: Danish research highlights that overly intensive exercise is detrimental to health and may accelerate aging.

I have measured these adverse effects with International Antiaging Systems’ (IAS) new BioCuff™, which was unfortunately not available to Prof. Schnohrol. Moreover, ‘diastolic dysfunction’ can often be corrected by balancing your hormones with Armour™ thyroid, vasopressin (Vaso-Pro™), oxytocin (Oxy-Pro™), and IAS’s newest development, aldosterone (Aldo-Spray™).

This comprehensive Danish study poses a critical question: Why is heavy or extensive running bad for our health? Medical research has no definitive answers to this basic question. However, I have a theory first revealed in my 2009 book Stay 40 (2).

In my book, I stated emphatically that very heavy exercise causes a cascade of free radicals eight times the norm and this cascade overwhelms all our defense systems. What I mean is that during couch-potato resting, oxygen entering our lungs is easily handled by our bodies’ lines of defense, especially our catalase and SOD (superoxide dismutase). These two enzymes easily eliminate oxygen-generated free radicals. Indeed, our free-radical lines of defense can dismutate, (render harmless) double the amount of free radicals that are generated at rest. However, when we exercise excessively, as in the case of high-mileage running, our oxygen-generated free radicals are approximately eight times those produced by couch-potato respiration. Thus, our defenses are overwhelmed and damage occurs to our cells and DNA.

In truth, for people in their teens or twenties, this radical damage is often quickly repaired by a robust hormone system containing high and balanced amounts of sex hormones, (testosterone and estradiol) as well as key upstream repair hormones such as growth hormone and IGF-1.

However, in people over the age of forty, peptides and hormone deficiencies and imbalances do not promote cell and DNA repair by free radicals. This is my key thesis explained in detail in Stay 40 (2). I also propose that rapid aging is caused by the use of excessive quantities of alcohol and drugs, both legal and illegal.

If you doubt these statements, consider the enclosed before-and-after photos of older people who exercised heavily for a period of eleven months without consuming free-radical scavengers (see figure two). 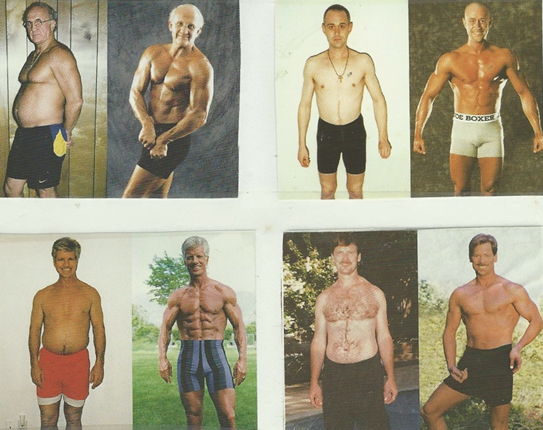 Figure 2: Before-and-after photos of older people who exercised heavily for a period of eleven months. Whilst their bodies look fitter, examine their faces/ heads closely.

Notice that these older people have in fact benefitted from heavy exercise as demonstrated by their improved muscle definition and strength and simultaneous loss of body fat. However, these benefits were achieved at the expense of rapid aging of their faces and graying of their hair!

If they had taken correct amounts of free-radical scavengers as contained in ACF228™, heavy exercise would not have caused age-related damage to their faces and hair. Alternatively, these people could have balanced their hormone output to reflect that of young people in their twenties and thirties. Balanced hormone output usually means consuming daily the above-mentioned sex hormones and key upstream hormones, as well as corrective amounts of thyroid and adrenal hormones (Armour™ thyroid and hydrocortisone).

Heavy exercise in older people merely speeds up the process of aging. The same effect is experienced in people young-or-old who use methamphetamine. This illicit drug (‘speed’) will indeed hasten aging and physical deterioration. I have measured free radicals in intravenous speed users. I have determined with near-infrared spectroscopy that the highest levels of free-radical metabolites, namely lipid peroxides, occur when speed is injected into the arm (2).

In addition, I recommend avoiding even synthetic pharmaceutical drugs, which, like speed, may encourage rapid aging. These so-called legal drugs should only be used in cases of emergency or dire need because they are the fourth leading case of death in the USA. (3)

On February 12, 2015, the Diabetes and Endocrinology section of the Lancet published a study about a widespread misconception concerning diet, exercise and aging in the United States. Professor Christopher N. Ochner and his colleagues from Mt. Sinai Hospital, Colorado, stated that Americans wrongly believe that weight loss can be achieved merely from diet and exercise. On the contrary, he stated, “Once obesity is established, however, body weight seems to become biologically ‘stamped in’ and defended.” He further said, “The average adult with sustained obesity has less than a 1 percent chance of re-attaining and maintaining a healthy body weight without surgery.”

This ‘stamped in’ effect is largely caused by free radicals that slow our metabolism and decreasing amounts of hormones that prevent us from efficiently burning the calories we consume.

Other Types of Stiffening

As stated previously by Prof. Schnohr, excessive exercise can cause arterial stiffening. During aging, another type of stiffening is the stiffening of our muscles. You may ask, “What exactly do you mean by ‘muscle stiffening’?”

Allow me to pose some questions: Have you ever seen the backs of two men, aged twenty and eighty, walking away from you at a great distance—say fifty yards or more? If so, which one of them is twenty and which is eighty? Of course, the answer is that the eighty-year-old walks with a stiff gait not seen in the twenty-year-old. This difference in gait becomes increasingly apparent as a person approaches old age. Indeed, according to the Los Angeles Gerontology Research Group, eventually no one can walk who is over the age of 110 years.

Thus, the idea of walking with an increasingly stiff gait is important to everyone interested in aging and in doing something about one’s aging. I have often pondered how I could improve my gait during aging. I am faced with the hard reality of an increasingly rickety gait in my senior years until, if I live to be 110 years old, I will eventually end up in a wheelchair.

Then I discovered some special peptides developed for elite Russian troops during the Cold War. I read that these special peptides are made today in Denmark by a patented extraction method. After three days of oral application, these special proteins added spring to my gait and flexibility to my aging muscles and body. I have mentioned several of these peptides previously in this article and in other articles I have written (4). Interestingly, I found that the Russian ‘muscle’ peptide bioregulator Gotratix® helped significantly with my muscle pain and flexibility after exercising. Indeed, pain and stiffness were nearly eliminated after only three days of use. In fact, I found myself refreshed with new vigor and agility. On the negative side, I needed greater focus on the motion and coordination of my legs because I was not used to such newly realized muscle speed, balance and poise.

I began by taking two capsules the first day and then one capsule thereafter for a total of twenty days. I also took the same amount of the brain peptide Cerluten® (4), which I believe complements Gotratix® by better coordinating the brain with the actions of the muscles.

Cerluten® also seems to positively affect the entire nervous system as stated by Dr. Ward Dean in his collaboration with prominent Russian scientist Professor Vladimir Dilman. With these extensively tested Russian peptide bioregulators, I hope to avoid the rickety walk of other eighty-year-olds and perhaps avoid ending my days in a wheelchair.

“We have waited 11 years to hear our [autistic] son speak, and after the one month use of Cerluten•, he is showing great promise.”

“I can tell you that Visoluten® for the eyes was like a miracle for a client who had been told she would be blind for the rest of her life. It gave her back her sight.”

“I’ve found them to be highly effective. I have had bronchiectasis since I was 2 years old. I also have lone permanent atrial fibrillation. I took three together, pineal, heart and circulation. By the third day I had feeling returning to my feet, which are always swollen with edema. I have also noticed that I am breathing much easier with much less fluid collecting in my lungs. As well my muscle responses to moving are much sharper as well as an improvement in my sight. My eyes also improved, surprisingly, probably from the circulation. These are amazing new options for people to maintain their health. Thank you.”

“Some time ago I tried your Visoluten• product for my eyes. I have always been very near sighted. I had a radial keratotomy in 1992 to correct my vision, but it has been slowly deteriorating with age. I cannot say the product made a notable difference until one day I noticed that the ‘ghosts’ I had, that were from some scarring from the radial keratotomy, were gone. I have had them for over 20 years and now they are gone. The only thing I can think of is that the peptide cleared them up. Great.”

“I purchased the Testoluten• peptide complex. I started taking it right after a blood draw for getting my testosterone level checked. That test gave me a reading of 586ng/dl. After taking the product 2 per day for 10 days, I waited a week and had another blood draw to get another testosterone reading. That reading was 769 ng/dl. A nice rise of 183!

“I have multiple health problems and thanks to the use of the peptides that you have been able to provide, I have been able to get a grip on some of my problems and greatly alleviate them. I have atrial fibrillation, ankylosing spondylitis (arthritic disease), chronic pain syndrome (degenerating discs), kidney stones, chronic diarrhea from a (discontinued) heart medication, burned-out adrenals from prostate cancer treatments, depression (surprise!). Using the peptides, I started with a single packet of each. After a concussion I used a second package for the brain. With the circulation peptide, I noticed in a few days that I had warmer hands and feet, and no more angina when doing heavy activities! My intestinal problems stopped. My cardiac rhythm is much less affected by palpitations and (no more) tachycardia. My eyesight has definitely improved, considering I’ve had multiple retinal detachments in both eyes, my retinal surgeon finds it ‘miraculous’ that I can see at all with all the scars and tears from surgery. Now I’ll have to change my glasses because of improved vision! Even after three months, (the ‘placebo’ effect should be finished by then) I still have great circulation, better mood, memory, and overall less painful movement. I have actually been able to cut the major narcotics I have to take for pain by 30% in four months and my blood tests and brain scan are those of a man 30 years younger than my 65 years! WOW. I am now about to embark on intensive therapy (3 boxes/month) to really improve some of the functions that were the most damaged/limited. What a wonderful feeling to be able to take back your health! Thanks so much to IAS for bringing these products to us. VERY GRATEFULLY YOURS.”