Peptides are made from amino-acids, they are literally the ‘building blocks of life’ and are normally sourced via food. When two amino-acids connect, then they become known as a di-peptide. Today, many biologists consider this moment to infer the ability of ‘biological information’ to be transferred.

As the length of these amino-acid chains grow, the names change; when between 3 and 6 they are called ‘short-chain peptides’ (otherwise known as bioregulators), and as the length of amino-acids increase further they change from being called peptides to being called proteins and then on to hormones. Indeed, some hormones like hGH have 191-amino acids and others like klotho can have over a thousand!

Now science is confirming that these peptides found in the diet can have profound effects upon tissues, glands and even organs.

For example, over 40-years of published research has highlighted that short-chain peptides (bioregulators) can act as gene switches. This has massive implications for precision in health care and its management.

This website is designed to introduce some of these new technologies and clinical understandings, to help explain how some peptides can assist in antiaging; in other words, how they can protect and improve our long-term health 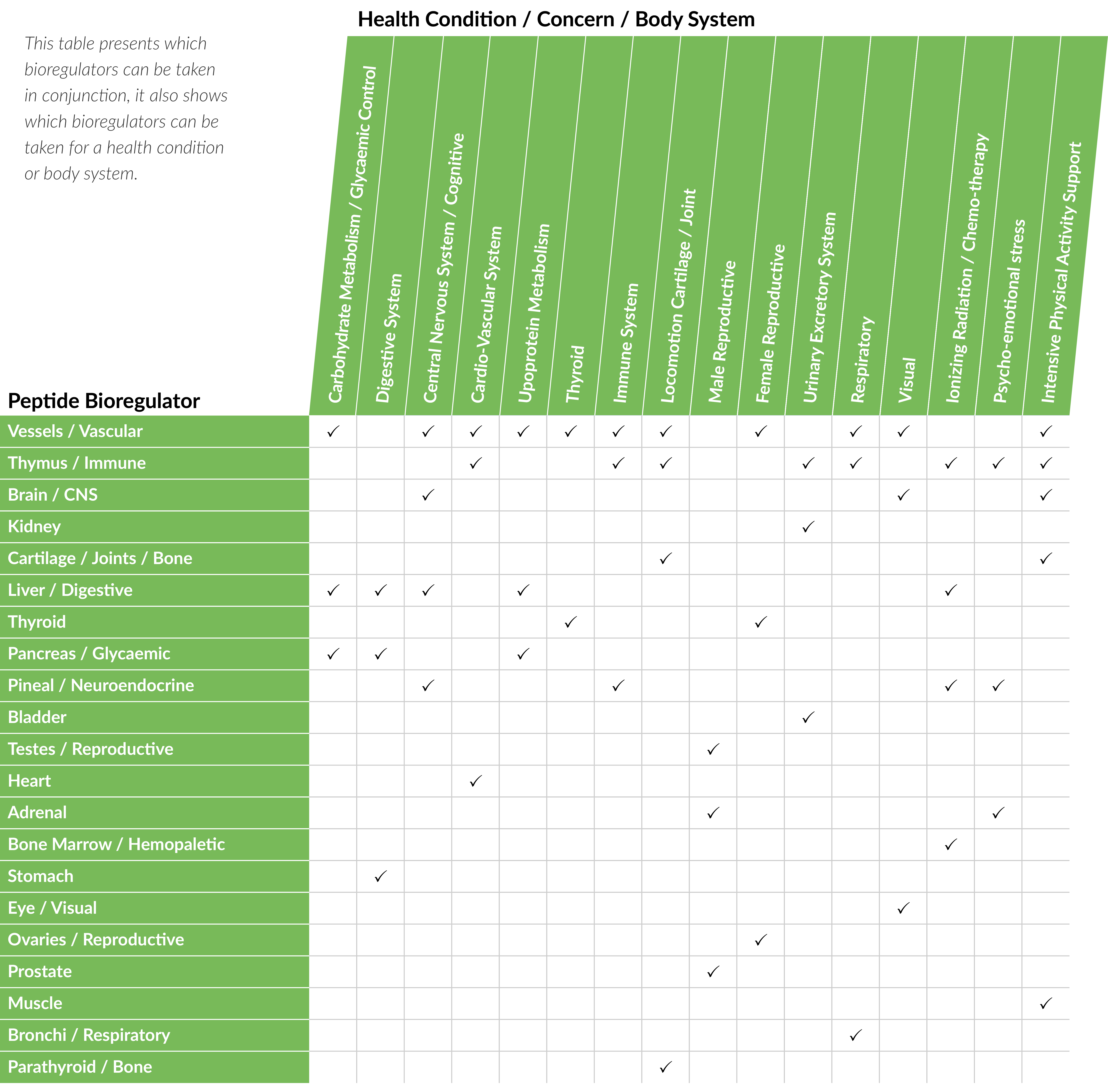